Instead of creating a burning feeling in a mouth, a small packet of dried chili powder spiced up a far hotter impact by putting agrifood exports of ASEAN nations into a heating pot. 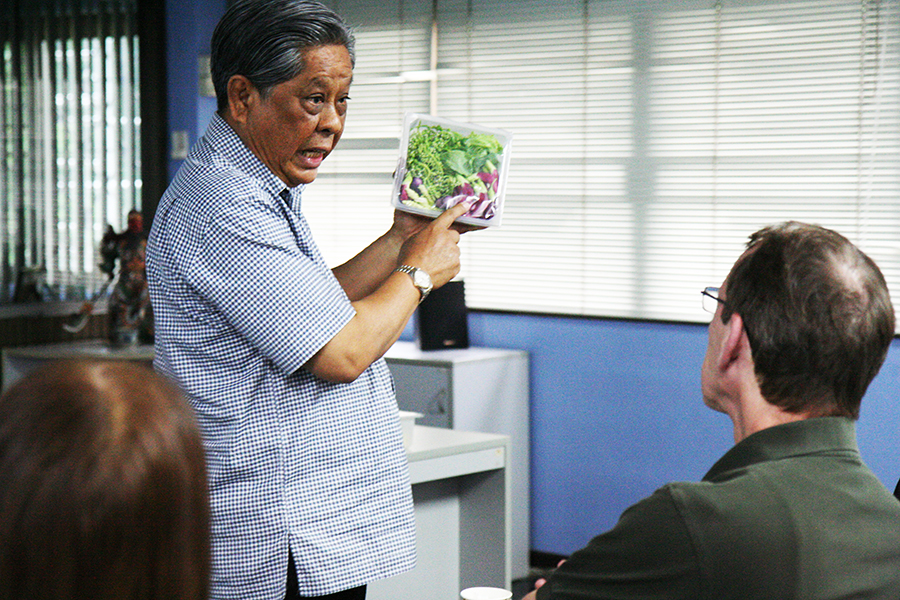 A story was told by Chusak Chuenprayoth, a Chair Director of KC Fresh, one of Thailand’s largest exporters of fresh vegetable and fruit to European countries. Over a hundred shipment containers of instant noodles from an ASEAN nation were rejected at a destination country in Europe and returned to the export company after chemical residue was found in the small chili flavoring powder wrap in one instant noodle pack. The noodle sample was randomly selected from those of thousands and thousands.

Millions were lost. So did the credit and reputation. 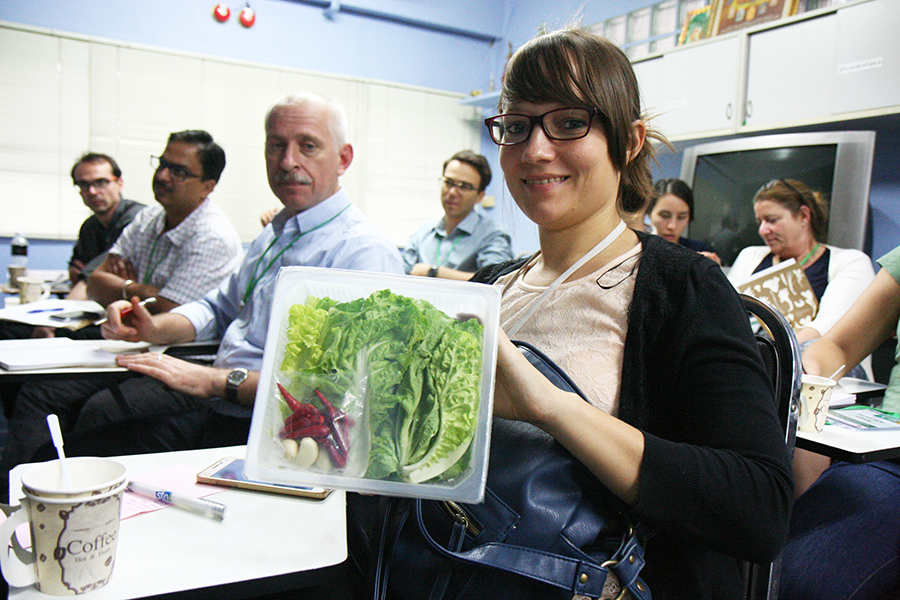 The seemingly trivial little chili powder was used as an example by Mr. Chusak to explain to his GIZ’s visitors that the insignificant details could not be ignored in food standard and food safety, particularly in exporting business.

“GAP (Good Agricultural Practice)] should be used as a tool for the product’s safety and it should be implemented on the ground, not just having it a license paper,” he told the 22 participants from the Agriculture Working Group of GIZ’s Sector Network Natural Resources and Rural Development Asia (SNRD) at his office in Nakornpathom province, Thailand. A team of ASEAN Sustainable Agrifood Systems who is a member of the Agriculture Working Group also joined this study visit on an afternoon of 3 June 2016.

The Food and Agricultural Organization of the United Nations (FAO) uses GAP as a collection of principles to apply for on-farm production and post-production processes, resulting in safe and healthy food and non-food agricultural products, while taking into account economical, social and environmental sustainability. 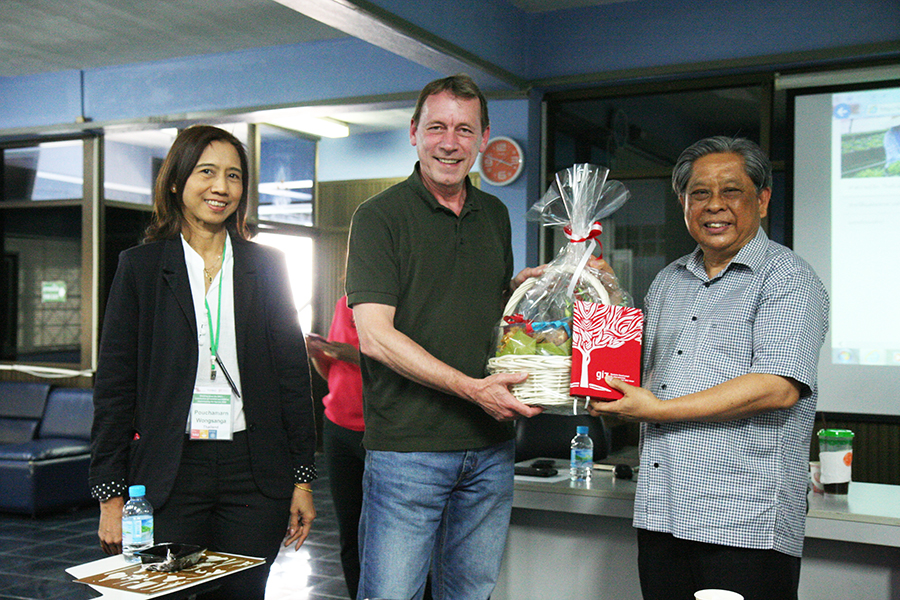 Mr. Chusak, however, stressed that small-holder farmers in Thailand need to be assisted well better to meet requirements for the national GAP (ThaiGAP and Q-GAP) and global GAP (GLOBALG.A.P) certifications. ThaiGAP is the voluntary private standard while Q-GAP is the government standard belonged to Ministry of Agriculture and Cooperatives.

These days he spends most of his time with the Thai Chamber of Commerce to develop a new private standard  primary GAP called ‘primary GAP’ as an entry point to gradually prepare the small-holder farmers and make them adjusted in order to eventually meet the national and global standards.

“[The purpose of] having standards is not for marking up higher prices. Standard is a basic rule and ones should comply. But, we will never succeed without the people [farmers]. In my experiences, we provide them skills and develop them to their maximum [to perform their functions and roles] in a supply chain,” he said.

After over 20 years in the agrifood business and his company’s sale volume of 20 million pound in the first half of 2016, he said he wished to see Thailand’s agrifood industry developed and the nation is known for its food quality, safety, and standard.

“The big problem is lack of human resources. The benchmark of global GAP is high. To be certified with the national GAP is also not easy. Government may wish to subsidise the cost to implement the national GAP. The farmers need a lot of coaching and training. They need to grow one step at a time. It is like before students pass to secondary schools, they have to go through primary schools first. It is hard to push when people are not yet ready.

“And, the private sector also has to take part.”

In 1993 when Mr. Chusak established his KC Fresh, he said he had had a lot of big headache, and through times things has become settled and routine. This time, as a Deputy Secretary General of the Thai Chamber of Commerce and the ultimate goal of improving the agrifood export business in Thailand, Mr. Chusak would have been going through a lot of challenges once again. But, as he said: “Because life was not perishable” [unlike his fresh vegetables and fruits], he would remain being active and alert.

The stake is high, but Mr. Chusak would sure be active and alert.