During a series of Regional Experts Meetings on Biological Control Agents (BCA) organized throughout 2013, many ASEAN Member States (AMS) expressed their interest in conducting research and demonstration trials on the application of BCA for pest management. In Thailand, Chinese cabbage was selected as a priority crop as it is often becomes infested with flea beetles.

In cooperation with the Department of Agriculture, the Royal Project Foundation, and Thep Watana Co., Ltd., the ASEAN Sustainable Agrifood Systems (ASEAN Biocontrol) has been conducting field trials since January 2014 to test the effectiveness of the microbial and nematodes against flea beetle infestations in Chinese cabbage. Trials in a farmer’s cabbage field in Huai Pong, Chiang Rai were conducted to compare performance of the BCA with a negative control (no pest control) and the farmer’s own practices, which included the use of locally available pesticides.

The results of the first trial conducted between January and March 2014 on the application of both BCA showed significantly better root growth of cabbage during the first 2-3 weeks compared to the negative control. Both agents targeted the larval stages of flea beetles, which cause most of the damage. Further development of cabbage plants through to harvest was similar with both BCA and pesticides, and significantly better than the negative control. However, biocontrol was only applied three times in comparison to six chemical applications. The experiment thus demonstrated that BCA were similarly effective at a lower application rate, thus promising to deliver economic benefits to the farmer. A second trial is under way to confirm this finding.

The results of this field work will be helpful in developing application guidelines for environmentally friendly and safe management of this notorious insect pest in Southeast Asia. 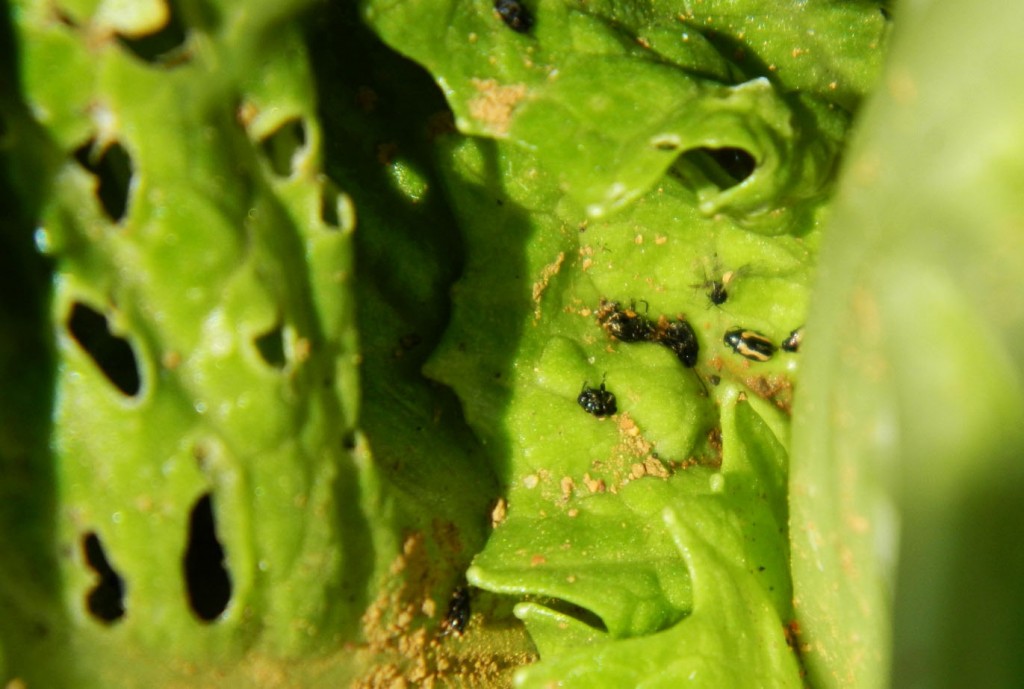