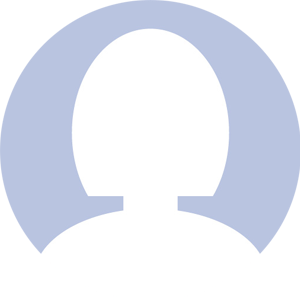 It’s 10 o’clock in the morning and Piangjai Kaen-arsa and her friend Maneerat Kaenprom have just finished their daily routine of feeding her cattle with sun-dried straw newly collected from her 24 rai of rice paddies in Ubon Ratchathani’s Samrong District.

The 34-year-old female farmer managed to collect up to 200 straw bales during the previous harvest season to feed her five cows and oxen throughout the year. She needed to pay only about 2,000 baht to hire a baler to compress the straw for her livestock. The retail price of each straw bale could be up to 25-30 baht, she said.

Although the famous rain-fed Hom Mali rice from the Northeast didn’t fetch Thai farmers a good price during this harvest season, she believes the newly collected straw bales will be adequate for feeding cattle, regarded as a major asset of farming households, while helping her family save cost on farming management.

“Our community has not burned the straw for years. It’s just like you are burning money! We farmers should utilise byproducts from our rice paddies for our benefit,” Mrs Piangjai said, added that this type of straw management is very popular especially among young smart farmers in her village and nearby, especially since the Market Oriented Smallholder Value Chains (MSVC) project was introduced in Thailand in 2018.

Rice straw is an abundant agricultural surplus because rice is one of the leading staple food crops in the Asian region. However, a lack of knowledge about the straw’s alternative uses among farmers and intensive rice cultivation systems often lead to burning the byproduct. This practice creates negative impacts not only on human health but also the environment. Rice straw is burned directly in the field via uncontrolled combustion methods that emit large amounts of short-lived air pollutants, greenhouse gases, and other pollutants.

However, after the training, more than 18,000 farmers from the MSVC project choose not to burn straw. They are developing demand for rice straw for cattle feedstock and for other agricultural activities such as mushroom and vegetable production. Good quality straw is considered a good energy source for ruminants.

The straw management practice is also in line with the Glasgow Climate Pact at the 26th United Nations Climate Change conference (COP26), held in Glasgow, Scotland last month. It aimed to phase out coal power and inefficient fossil fuel subsidies while reducing carbon emissions to prevent temperatures from rising above 2 degree Celsius, to reach net zero emissions by 2050,  and reduce global emissions by half within 2030.

And there’s another benefit too. Forward-thinking farmers like Piangjai can also earn more out of this yellow-gold byproduct from the rain-fed paddies.

Noobie Saeng-ngam is able to earn additional income of more than 100,000 baht every year from Hom Mali rice straw bales. The 48-year old female farmer has been collecting sun-dried straw in her community and nearby to supply Ubon Ratchathani University’s Faculty of Agriculture for over 10 years as livestock feed.

Mrs Noobie said she learned about the idea when visiting rice farming communities in neighbour province Sri Sa Ket and put it into practice as soon as she returned to her hometown. At that time, burning straw after harvest was still a common practice among local farmers, who believed it could add soil nutrients after the harvest season while preparing land for growing rotational crops.

According to the International Rice Research Institute, 800 million to one billion tonnes of rice straw is produced every year. Of the total, 90% is in Asia and is growing, as the turnaround time is shortened for intensified rice cropping. Mechanised straw collection has become necessary to increase farming management capacity and lower costs. Baling machines can collect and compact rice straw in varying forms and densities.

“Straw management by not burning straw and developing demand for rice straw for cattle feedstock not only reduces farmers’ costs and earns income from the rice byproduct but also directly helps reduce polluting carbon emissions,” she said.

Montree Promluksana, MSVC project field manager, said Mrs Piangjai and Mrs Noobie are among the 18,772-plus farmers in Ubon Ratchatani and Surin provinces who are participating in the project and being encouraged to improve their farming management while reducing pollution.  In addition, the project also works as a platform for farming communities to access government funds available for communities to purchase harvesting technology such as combine harvesters and balers which can help farmers efficiently and sustainably manage the byproduct while increasing environmental and health friendly farming productivity in the long run, he said.■