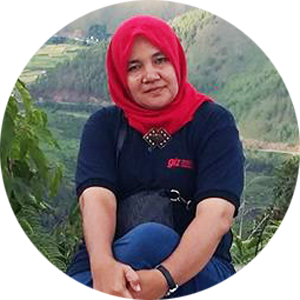 After successfully pioneered organic farming system with its partner farmers in the area of Merek, Tanah Karo District, North Sumatra Province, Indonesia – Taman Simalem Resort (TSR) has generated the development of organic culture towards the influence of young generation by collaborating with local vocational school of agriculture.

In the last five years, TSR has committed to introduce organic farming in TSR area through agrotourism programme. Partnering with local farmers, the discourse on the importance of switching from conventional farming to organic farming was not just a rumor. TSR presents a package of organic concept ranging from the provision of organic seed, planting and care of plants, to the marketing of products.

“For farmers consistent with the organic phases being taught, we guarantee to accommodate all the crops according to the price agreed upon,” said Eddy Tanoto Sukardi, General Manager of TSR.

The use of organic seeds that are not genetically modified, pest and desease control without the use of pesticides, and the use of organic fertilizer processed from crop residues, manure and other organic waste; are some of the grip that absolutely must be complied with by organic farmers. Not surprisingly, with this integrated standardization and oversight of organic farming, TSR is the only organic farming in North Sumatra who has obtained the organic label certification from the Institute of Organic Certification Seluliman (LeSOS) – an organic food certification institution of Indonesia, since 2012.

Within the same period, TSR opens internships opportunity or field work (PKL) for vocational students in the field of organic farming. At least 70 students per term from seven vocational schools in North Sumatra get the opportunity to learn firsthand about organic farming in the TSR. Each year there are two terms of PKL, meaning that during the last 4 years TSR has trained 560 students from Agriculture Vocational School as young candidate who has an organic insight. Interestingly, a selection of graduated students will be recruited to be employed initially as freelance labors.

TSR commitments have not yet reached its peak. Conventional trend transition process into organic trend is not that easy. Applying the concept of organic farming is like choosing a lifestyle, shifting from its joy into the devotion of organic behaviour in every step of mind. This was the beginning of excellent ideas with a long-term target, infiltrate the young generation to embed with organic soul, comprehensively packaged and presented consistently in order to change people mind-set.

This year TSR opens another collaboration with SMK 1 Merek – an Agriculture Vocational School nearby – to facilitate their students in terms of actual practices of organic farming. Initializing from technical and methodological support for organic farming by GIZ through ASEAN Sustainable Agrifood Systems project, TSR is consistent with the appropriate stage of the process of organic certification standard applies.

Beginning with land preparation stage, students are taught and directed to practice on real ground how to make seedbeds as well as ensuring the availability of water supply and watering methods. Furthermore, TSR will supply seedlings and compost, of course accompanied by a guide and guidance from their experts. Hence, all crops the students produce will be accommodated by TSR in accordance with the market price of organic food which is slightly higher than the price of non-organic food, totally paid without any deduction of production costs incurred.

“These youth we have coached now, either through an internship programme or by vocational school cooperation. The students have seen and practice for themselves and I hope someday they will be the inisiators of organic farming in their community. We expect the villages in the districts of Merek will be recognized by their organic activities,” said Eddy, the manager of TSR.

Closing the interview, Eddy also added that the mind-set changing intervention to young generation in organic farming programme has been extended into the world of tourism. The lack of quality of human resources in the tourism sector, especially in terms of services, is one of the causes of low competitiveness for North Sumatra as a tourism target destination.

Currently, every year TSR will sponsor 20 students of Tourism Vocational School from various regions to study about agro-tourism at TSR area for four months. With full support from professional teachers of the Academy of Tourism Medan, they will gain knowledge and experience much deeper than just learning on campus.

TSR itself ready to recruit graduates of the vocational school to work in the TSR for 1.5 years. After that they will obtain a certificate of competence as professionals in the field of tourism, an accreditation that expand their opportunities to work anywhere nationally or worldwide. At least in the next 5 years, TSR expects to see positive changes that characterize the movement of tourism especially in the province of North Sumatra.