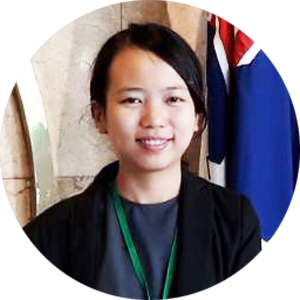 With the global population estimated to reach 9 billion by 2050, addressing challenges in agricultural sector to feed the growing population require more combined efforts from both the public and private sectors, urged Dr. Matthias Bickel, Project Director of ASEAN Sustainable Agrifood Systems (ASEAN SAS), during the event celebrating the 60th Anniversary of Thai-German cooperation held in January 2017.

“Public-Private Partnership is not as old as our friendship with Thailand, not 60 years old but actually only 17 years old. It all started with the UN Global Compact back in 1999, where the global community decided to give a framework to use more private resources to also co-produce public goods.”

“So, it’s still a young concept, and we see a lot of experiences gained in the various ASEAN countries and also at the ASEAN level,” he said.

As the concept is indeed young, Dr. Bickel from Germany compared the Public-Private Partnership or PPP cooperation to a soccer game where the public sector sets the rules and provides referees while the private sector is the player.

“Soccer is also very popular here in Thailand, so it comes without saying that the public sector sets the seats, sets the rules, and makes sure that the rules are being followed, and in terms of conflict also facilitates resolution of conflict. That is the very nature of the public sector, besides, the production of public good.

“The soccer player is the private sectors, so they keep the ball, they keep the economy rolling, they are engaged in day-to-day business, they induced a real economy change contribute significantly towards the GDP [Gross Domestic Product].”

The population in Southeast Asia is around 600 million and a major 40 per cent of the workforce is in the agricultural sector. However, it contributes only 15 per cent to the ASEAN GDP. The statistics not only reveal the central position that this sector has in the region, but it could also be seen that: “there is still room for more operational Public-Private Partnerships to really capture all the synergy between the public and the private sector,” according to Dr. Bickel.

The ASEAN SAS project director cited Sustainable Rice Platform (SRP), one of the Public-Private Partnerships in Thailand as an example. The Sustainable Rice Platform is a multi-actors partnership initiated and founded by the International Rice Research Institute and the UN Environment with 66 members from the private sector, public sector, NGO, and civil society with the objective of supporting one million farmers raising their income and providing them with a better livelihood.

“I’m very proud and really filled my heart with decent pride to say that last November, Thailand led by the Ministry of Agriculture and Cooperatives, Rice Department managed to get the first rice farmers certified globally with the so-called Sustainable Rice Platform Standard. That was the very first sustainably certified rice coming out of the global rice system in Ubon Ratchathani, in the Northeast of Thailand. So that was really a very good example how public-private partnership works on the ground and needless to say that it would not have been possible without the great public support setting the scene and the private sector kicking the ball.”

The Thailand International Cooperation Agency (TICA) together with GIZ have organised the ‘60 years Thai-German Partnership for Sustainable Development’ on 18 January 2017. Held at the Ministry of Foreign Affairs, the event featured over more than 300 projects implemented throughout the long decades of cooperation, and looked into continued efforts gearing towards the Sustainable Development Goals (SDGs 2016 – 2030).

Dr. Matthias Bickel, Project Director of ASEAN Sustainable Agrifood Systems took part in the panel discussion ‘Stories from the Past for the Future towards SDGs’.