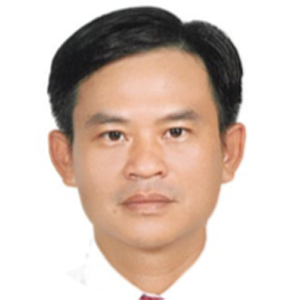 Over the last three decades, pepper cultivation has expanded rapidly in the southern and central regions of Vietnam. Today, the country is the world’s largest producer and exporter of pepper. But, the misuse of chemical products leads to high production costs and harmful ecological impacts on both soil and plants.

Currently, the pepper crop is often contaminated with pesticide residues, and there are growing industry, government and producer concerns that future pepper exports will be severely constrained. Information, training and advice for farmers, collectors and pesticide retailers are crucial to finding a solution.

In cooperation with Keith Spicer Ltd., the local companies Vina Harris and Hoptri, a project named “Sustainable Pepper Initiative Vietnam”, have been set-up by the GIZ branch develoPPP.de together with the ASEAN Sustainable Agrifood Systems (ASEAN SAS) project team in Vietnam. The main focus of the project is to promote and to ensure the sustainable pepper production of smallholder farmers in one of the key pepper growing regions of Vietnam in Ba Ria Vung Tau Province in the Southeast region. The project will help farmers to upgrading their cultivation practices, post-harvest processing, and access to market information for pepper. These improved production methods will help them to increase their income while protecting their own health and the environment by applying both work safety and environmental standards.

The project will serve as a model which can also be replicated in other parts of the country for improving the productivity, value addition and environmental sustainability of pepper cultivation. It will be an initiative towards addressing the pesticide residue issues faced in the pepper production in the country.

The project duration is three years from August 2016 to August 2019. During this period, a support and assistance will be provided through an expert group of local and international consultants with extensive experiences in pepper production (Global Good Agricultural Practices (GAP), Sustainable Agriculture Network (SAN) standard, good knowledge on applied integrated crop management (ICM) and the control of serious diseases on pepper by using biological control agents.

Twenty technical staff of Sub-Plant Protection Department (SubPPD) of the province will be trained in a series of Training of Trainer (ToT) by these experts, and the new trainers will then train 600 farmers in ICM on the use of biological control agents and on sustainable production standards. Additionally to the trainings, demonstrations and farmer field days will be conducted at the project areas in Xuyen Moc district, in order to demonstrate the practical implementation of the training contents and the result of the demonstration farms.

On 12 August 2016, Keith Spicer together with GIZ (ASEAN SAS Vietnam Team) have conducted a kick off meeting at the project site at Xuyen Moc district, Ba Ria Vung Tau province with the participation of representatives of the provincial Department of Agriculture, district farmer association and more than 300 pepper farmers.