‘No, we don’t have any problem at the moment. Yes, we need more people in the future.’

When asked a senior agriculturist from the Crop Pest Management Division of the Philippines, what were challenges or obstacles in developing biocontrol agents for crop protection in her country, Ms. Precerpina Luzaran kept saying: “No, so far”. 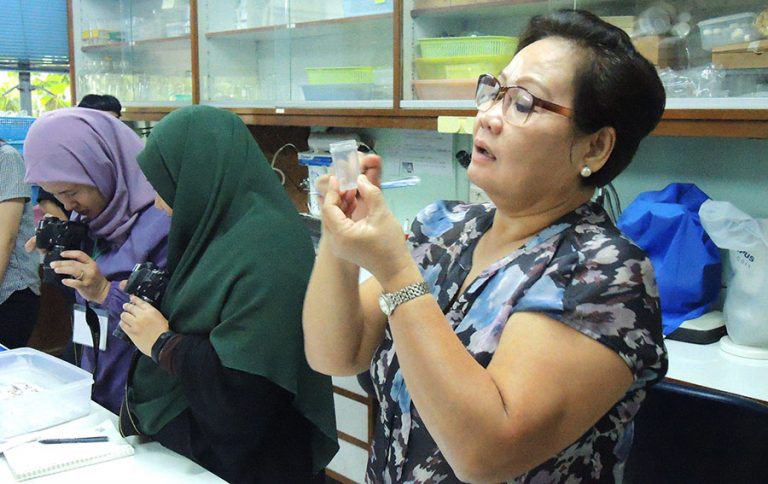 Only Ms. Luzaran just wished she could put the sample of Nematodes from Thailand in her bag and fly home. In bringing these beneficial living microscopic organisms to her country, she said it would help the Philippines in adding more biocontrol varieties to its environmental friendly crop protection list.

“We don’t have Nematodes in our country,” said Ms. Luzaran during her recent training workshop on mass production of beneficial insects and nematodes in Bangkok. “And, we need the samples to get started. Otherwise, it would take some times to produce ones of our own.”

In the Philippines, the biocontrol agents for crop protection are widely used and popular among the farmers, according to Ms. Luzaran. The Government has established a Regional Crop Protection Centre in each region, which comprises 16 centres altogether. Each centre has its own biocontrol laboratory and budget from the government to produce and supply the biocontrol agents for crop protection to the farmers in its region with technical support from the Crop Pest Management Division in Manila. 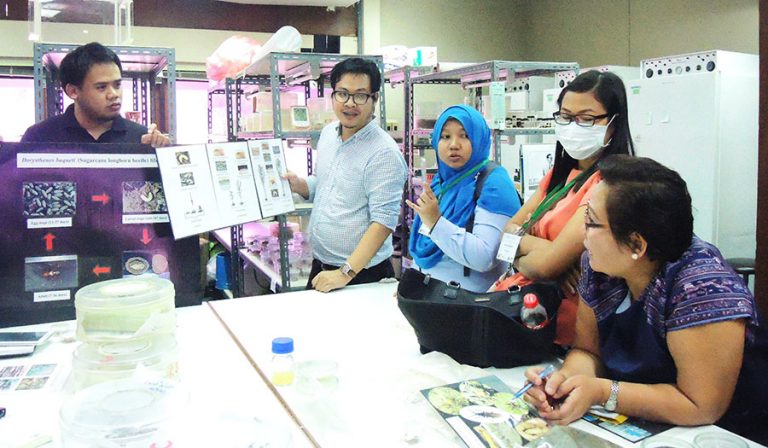 “We transfer production technology and knowledge to the regional centre and we visit the centre once a year for quality control and to provide updates in the production. At the moment, there are seven varieties of the biocontrol agents we could produce in the Philippines, and we have no problem in producing them in mass.

“Our farmers know about the biocontrol agents and use them. They receive the training through the farmer’s field schools.

“But, we need the new varieties of biocontrol agents to control different kinds of new pests.” 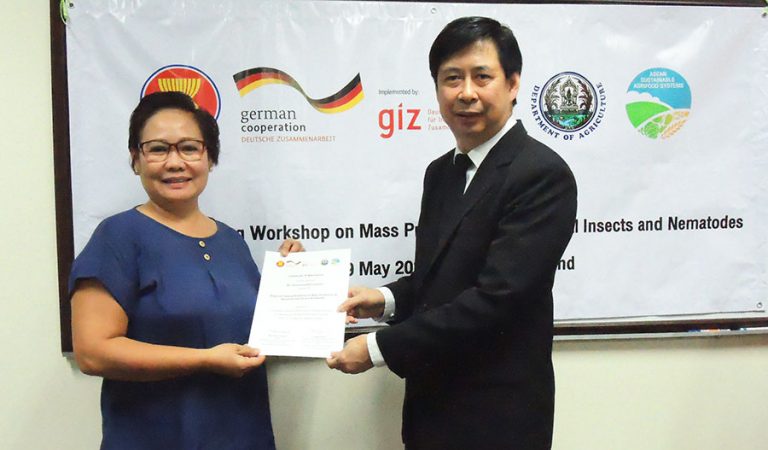 As a process in importing the biocontrol agents to the Philippines could be a bit complex, according to Ms. Luzaran, she then saw that it was best to be provided with more staff, particularly newly graduates to collect and identify the native ingredients and conduct researches.

“We need some more people to be employed. So far, we want more staff to be trained to conduct research for the possibility of the new biocontrol agents,” said Ms. Luzaran from the Bureau of Plant Industry, the Philippines. 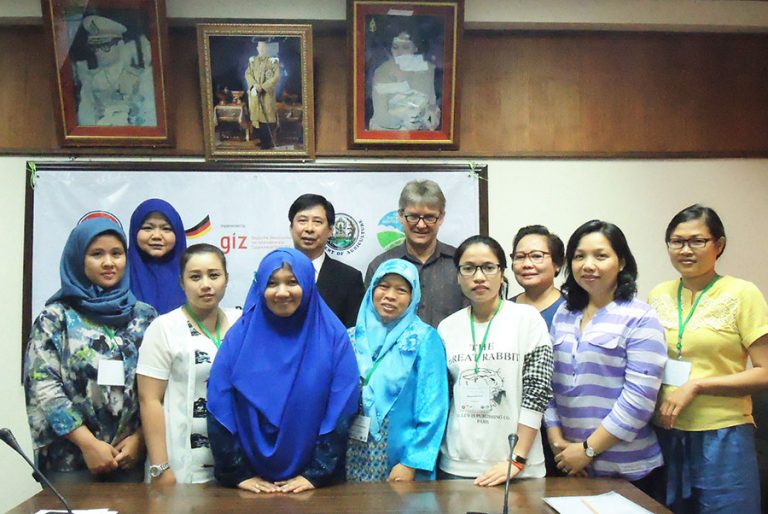 The workshop consisted of lectures and hands-on practice on mass rearing of beneficial insects and entomopathogenic nematodes for controlling pests found mainly in coconut, cassava, maize and vegetables. Participants also had the chance to visit the National Biological Control Research Center (Central Regional Center) to learn more about their work on biological control agents.

It was expected that participants would gain knowledge and skills necessary to further develop and implement mass production of biological control agents in their own countries.  The workshop was hosted by ASEAN Sustainable Agrifood Systems (ASEAN SAS) project in collaboration with Plant Protection Research and Development Office (PPRDO), Department of Agriculture, Thailand.