Mr. and Mrs. Potatoes in Cambodia as the new cash crop

Potato and Cambodia may not seem to match when it comes to food.  But, when searching into internet, potato and Cambodia cuisine walks hands in hands in a popular Khmer red curry, which CNN also suggests it is among the ten meals that visitors to Cambodia should try. 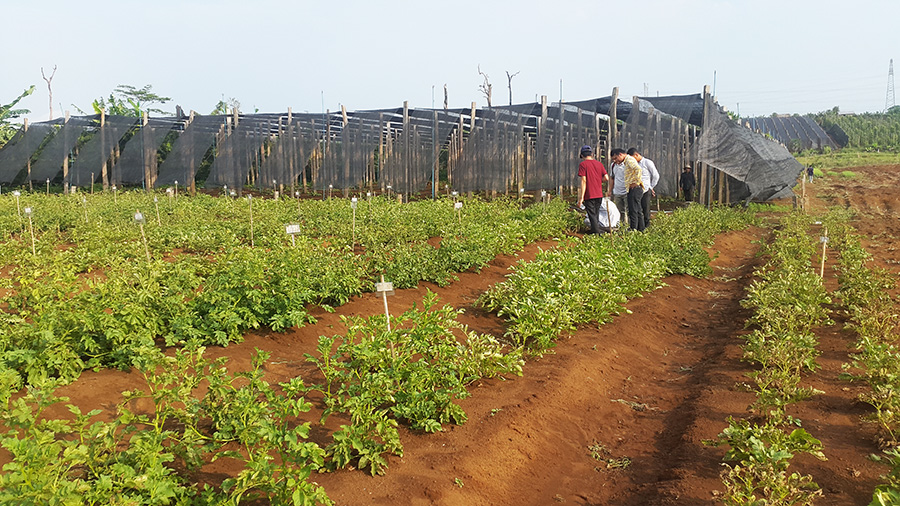 Potato is one of the most imported vegetables in Cambodia similarly to its many other vegetable counterparts. The potato popularity does not only live on the local Cambodian cuisine, but is owned to the growing tourist industry including western restaurants as well as fast food sector in the country. It is also considered as a very good source of vitamin B6 and C and pantothenic acid to synthesize and metabolize proteins, carbohydrates, and fats.

According to a study in 2016 conducted by World Food Programme (WFP), Cambodia needs around 1 million tons of vegetable annually, however 56 percent or approximately 510,000 tons are imported annually from the neighboring countries. In early 2017, Minister of Agriculture, Forestry and Fisheries (MAFF), Mr. Veng Sakhon said that Cambodia spent over 200 million USD for imported vegetable to meet the local demand. These massive imported vegetable are claimed by consumers, specialists and researchers from development agencies and institutions that they are often too expensive and are known to be only of second quality and contaminated with pesticide residues.

Potato retailer prices in Cambodia differ between 1.25 USD and 5 USD per kilogrammes. Those imported from Viet Nam are sold at local markets while the imported potato from the United Stated of America, Australia and Japan are available in supermarkets.

As the demand of potato is increasing, different initiatives by the private sector and NGOs have been introduced to Cambodian agriculture. However, due to challenges with warm temperatures, pest and disease immerge, logistic, storing and market facilitation, these have made the promotion of potato production becomes difficult.

From December 2016 to March 2017, ASEAN Sustainable Agrifood Systems (SAS) project being implemented by GIZ cooperated with the Royal University of Agriculture (RUA) to conduct a demonstration trial in Ou Soum Commune, Veal Veng District, Pursat Province, which lies in the western Cambodia where considered as one of the potential area for potato production with lower temperatures and good soil quality.  While RUA played the major role in organizing the trial and data collection, ASEAN SAS provided technical support and organized the seed delivery from Europe which was provided by the IPM potato group company in Ireland and EUROPLANT in Germany.

The results of the trial are shown in the table below:

After the field experiment, it appeared that several new potato varieties introduced from Europe performed better in quality and yield compared to the varieties being imported from Cambodia’s neighboring countries. 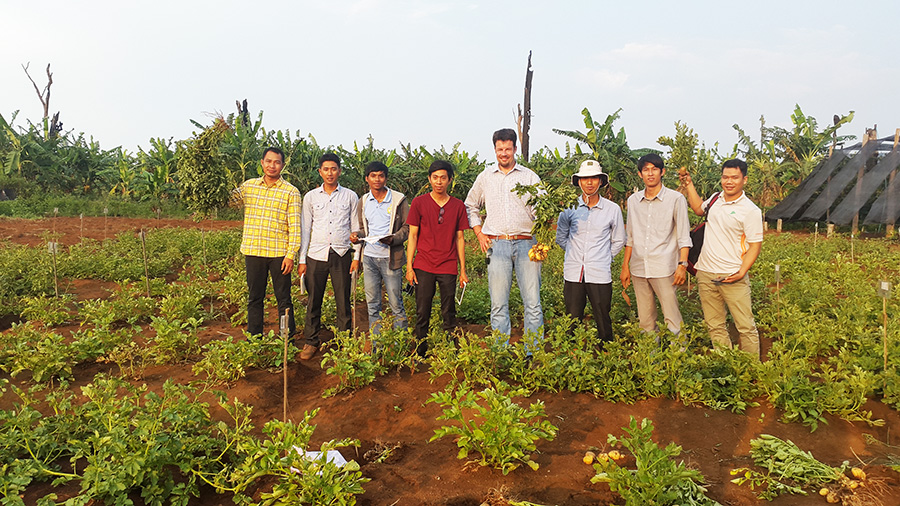 The challenge of this first potato trial were late planting and rising temperatures combined with increased pest pressures in March. Therefore the professor of Royal University of Agriculture (RUA), Dr. Cheang Hong led the field demonstration decided to harvest after 89 days while some varieties need up 110 days to fully mature and finalize the skin of the tubers. With an earlier planting even higher yields and starch content are achievable.

Both parties, GIZ and RUA were very satisfied with the result to demonstrate that potato production was feasible in Cambodia and they agreed to continue the trials and introduced the “new” crop to the farmer.

Besides, ASEAN SAS and RUA have developed the first potato growing manual in Khmer to provide guidance to local farmers.