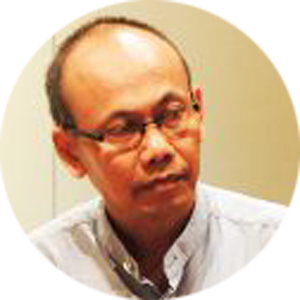 ASEAN-German Programme on Response to Climate Change in Indonesia (GAP-CC) has signed a Memorandum of Understanding between GIZ Indonesia and Indonesia Agency for Agriculture Research and Development (IAARD), Ministry of Agriculture Republic of Indonesia on 14 July 2015 in Jakarta, Indonesia.

“Through GAP-CC, GIZ has ambitious plans to contribute to environmentally friendly agricultural development in Indonesia and the region. To put those plans into practice, we have to work in partnership and bring different stakeholders from the public and private sector together,” said Mr. Peter Palesch, GIZ Country Director Indonesia, Timor-Leste and ASEAN.

The ASEAN-German Programme on Response to Climate Change in Agriculture and Forestry or GAP-CC, aims at enhancing food security in ASEAN in the face of climate change and the increasing global demand for food. On the ASEAN level, the programme promotes regional cooperation by advancing the ASEAN policy framework and strengthening networks of ASEAN Member States.

Mr. Palesch has confirmed that the programme also works on the national level on the one hand, and put regional policies and guidelines into practice on the ground, to generate lessons learned that can contribute to regional exchange, collaboration and policy making.

“As a major agricultural producer as well as a large market for food crops, Indonesia plays a crucial role with regards to food security in ASEAN,” Mr. Palesch said during the MoU signing event at IAARD Office Jakarta. 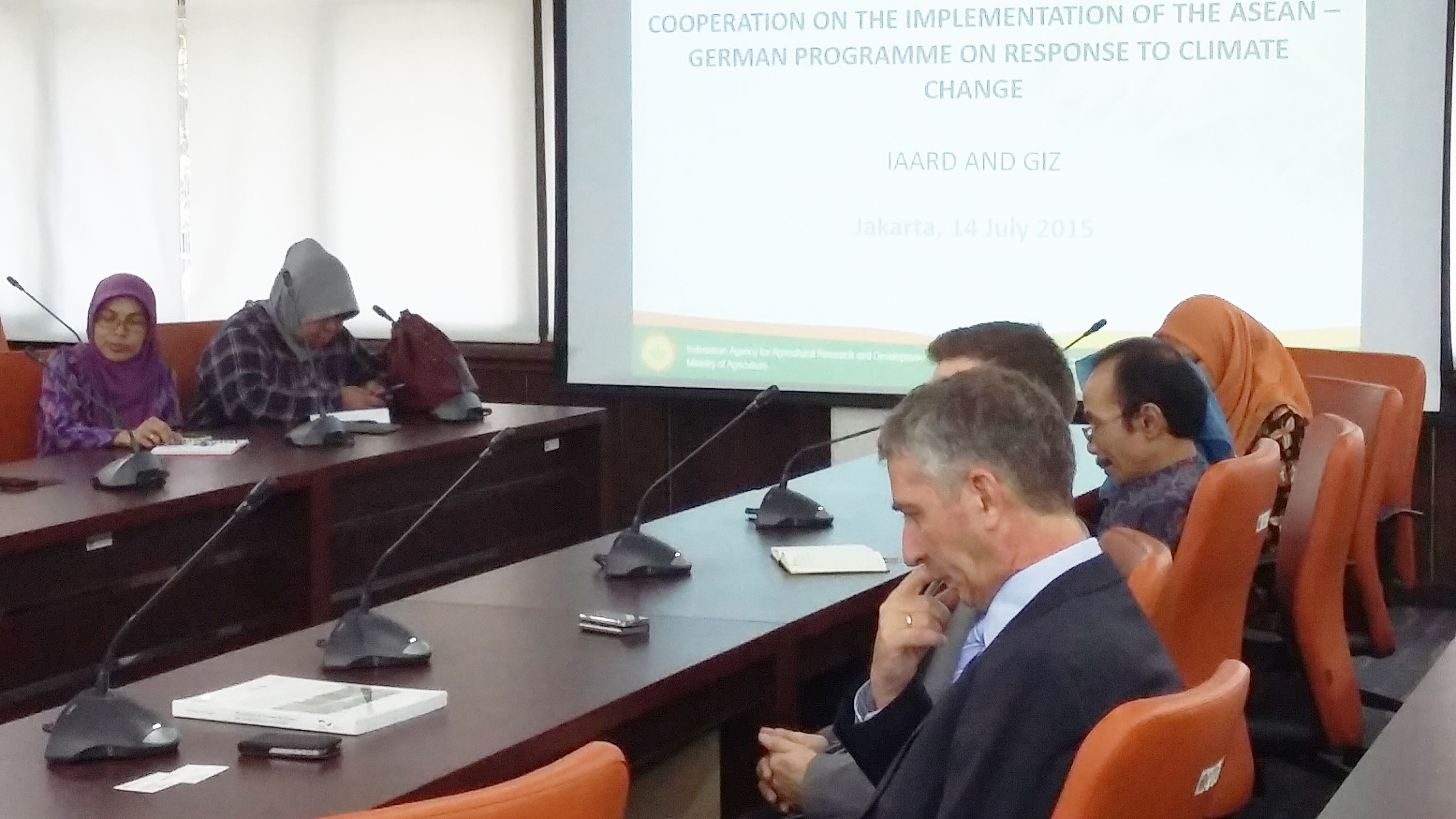 In addition, Head of Programme GAP-CC, Mr. Thomas Heindrichs has mentioned during the signing event that while we are to formalize the collaboration between the IAARD and GIZ, we have already been working together on the GAP-CC programme for quite some times. On the national level, IAARD, through the Indonesia Center for Rice Research, has been playing an important role in the development of training modules on sustainable rice production. The training are now disseminated to rice farmers in Indonesia through a public private partnership initiative called the Better Rice Initiative Asia (BRIA). On the regional level, IAARD has been involved in the formation of the ASEAN Climate Resilience Network and contributed to related activities like the Study on the Promotion of Climate Resilience for Food Security in ASEAN. 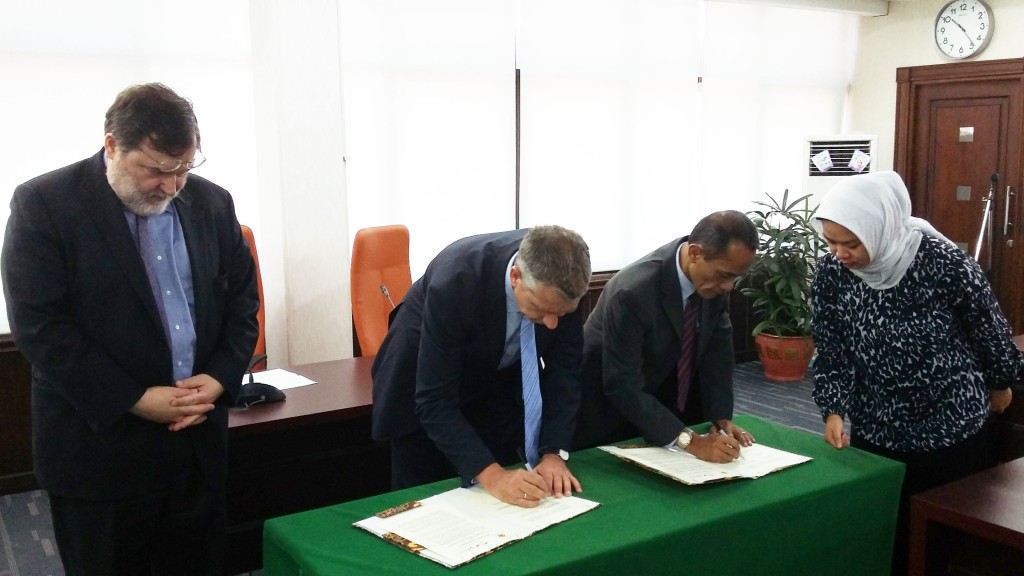 Executive Secretary of Indonesian Agency for Agriculture Research and Development (IAARD), Ministry of Agriculture Republic of Indonesia, Dr. Agung Hendriadi has appreciated the cooperation, and hoped the results of the environmentally friendly innovation can be shared and implemented at local, national, regional or global level.

“Establishing a network in the scheme of dissemination of agricultural technology will certainly strengthen the collective efforts to improve agricultural production and to achieve food security” said Dr. Hendriadi. 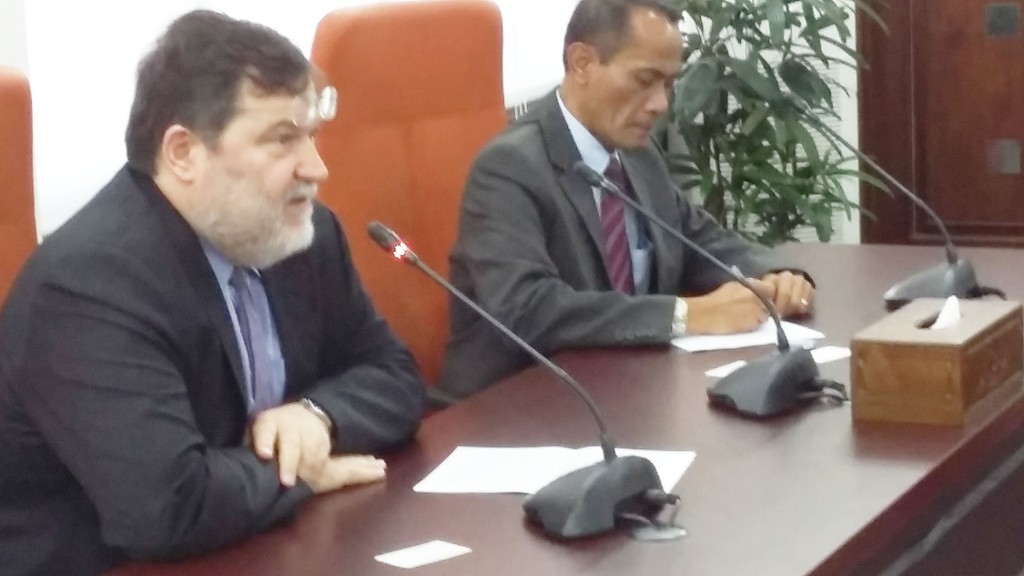 Besides agriculture research institutes at national level, the IAARD also have 33 Assessment Institute of Agricultural Technology (AIAT) in every province in Indonesia. These institutes are responsible for assessment, development as well as promotion of local specific technology.

“The IAARD welcomes the cooperation with GIZ under GAP-CC programme particularly on ASEAN Sustainable Agrifood Systems Project (ASEAN SAS) which include the Better Rice Initiative Asia (BRIA), Forestry and Climate Change (FOR-CC) that are in line with the goal and expectation of the IAARD,” said Dr. Hendriadi in his speech during the MoU signing in Jakart. The event has been attended by representatives of agriculture research institutes in Indonesia, and representatives of ASEAN Sustainable Agrifood Systems, as well as Forestry and Climate Change team in Indonesia.