Ms. Sarun, 58, grows rice and vegetables on her family’s land of 0.92 hectare in Kampong Nung Village in Kampot Province, Cambodia. She cultivates rice and grows vegetables such as cucumber, bitter gourd, eggplant, pumpkin, and long bean for a living. She has six members in her family including her husband and four children, two boys and two girls.

The Khmer Organic Cooperative (KOC) buys organic vegetables from farmer groups in Cambodia and supply the fresh produces to its sister company, Eco-Agri Co. Ltd (EAC) in Phnom Penh.  EAC is a joint initiative of ASEAN Sustainable Agrifood Systems to provide green agricultural input suppliers such as bio-pesticides and bio-fertilizers to farmers and chemical free agricultural products to consumers in Cambodia.

Having been a contract farmer for three months for the KOC, Ms. Sarun has opportunities to attend different organic production trainings such as technical cultivation, compost making and pest and farm management. In complying with organic standard, she knows that she has to use organic fertilizer, compost, and natural fertilizer and insecticide. Ms. Sarun also participates in meetings with her farmer group and representatives of KOC to discuss about the production plan and fixing price of vegetables as well as sharing constraint in production to inquire possible supports from KOC regarding pest, seed and necessary techniques.

At KOC, Ms. Sarun enjoys her home grown vegetable such as cucumber at over a double price compared to general market. She can sell her cucumber at 0.75 US dollar per kilogramme while at a local market she will receive 0.3 US dollar per kg. From KOC Ms. Sarun will get payment for her produces about two to three times per month. 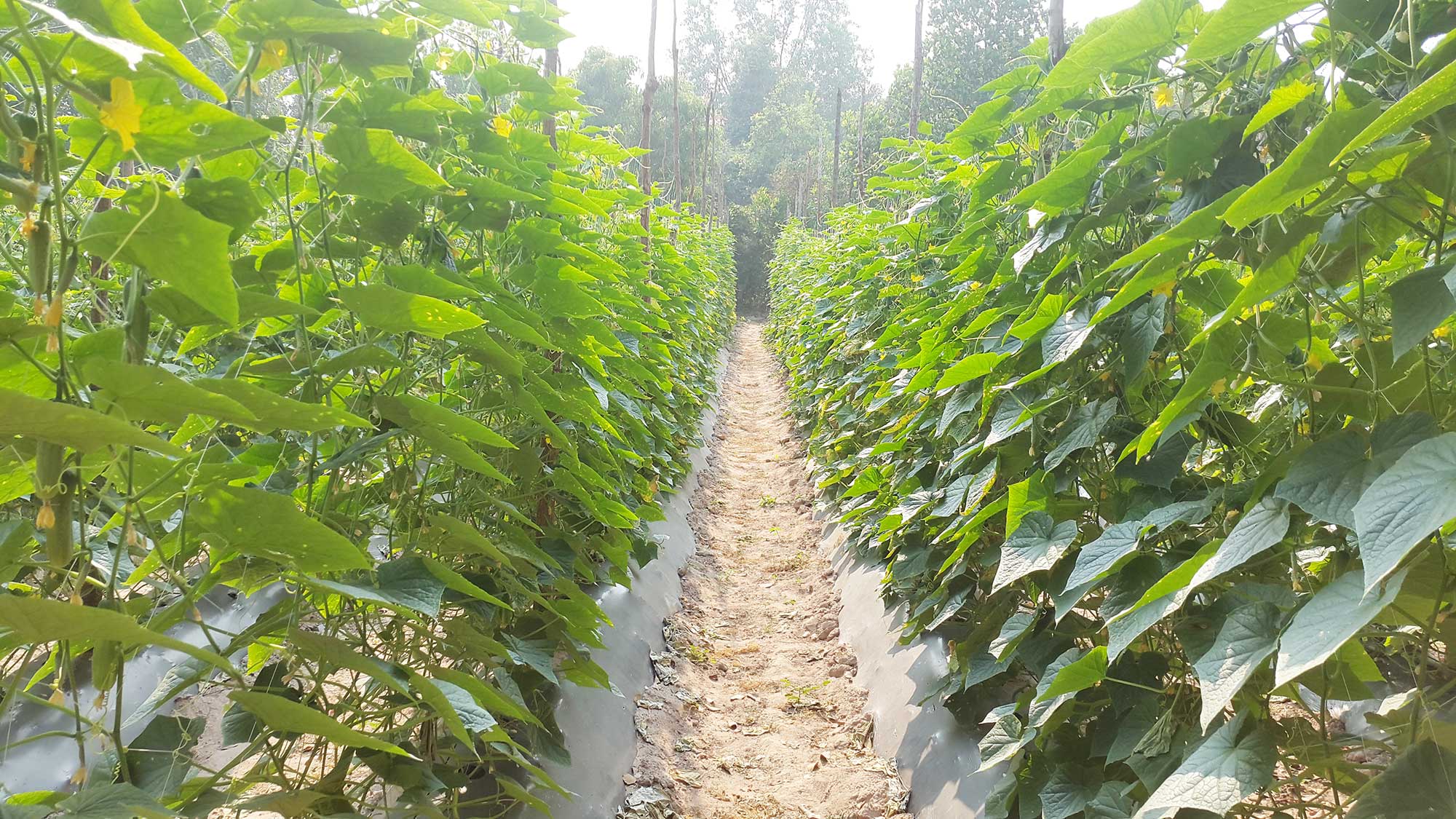 “I am very happy with the price and also technical supports from Khmer Organic Cooperative which assists me in improving my knowledge and vegetable growing techniques,” says Ms. Sarun. “Also, I learn now that growing organic vegetable is not only benefiting me but also consumer and environment.”

Being a farmer for more than half of her life, Ms. Sarun is proud to share her tips on when to best grow cucumber in Cambodia.

There are two seasons in Cambodia: rainy season (from May-October) and dry season (from November-April). From November till January the weather is cool which makes it a good season for growing vegetable while from February-April it is very dry and difficult to grow vegetable.

However, in the rainy season since the soil temperature is always cold and wet which is favorable for plant pathogen to grow and spread, the plant is infested, especially rotted root. Also, when the soil holds a large amount of water, it will cause water stress for plant causing downy mildew on leave and productivities decrease. 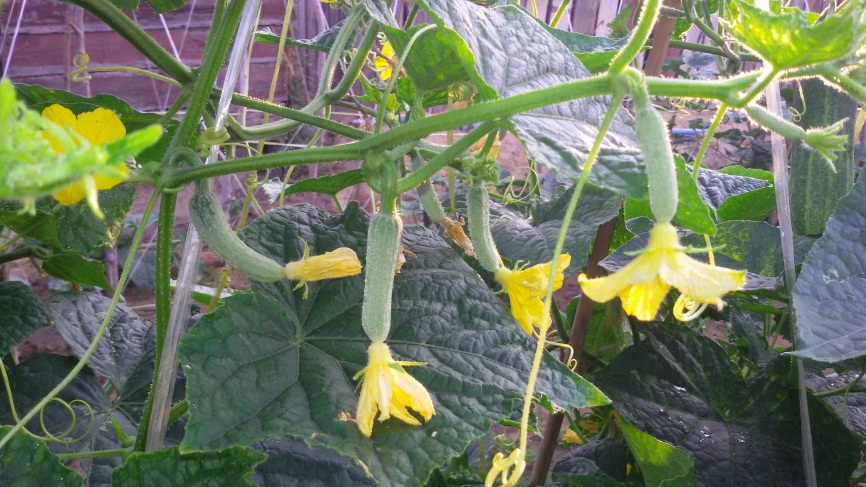 Ms. Sarun is an exemplary farmer and has a lot of experiences through her collaborations with NGO and government agencies. She shares that during the rainy season farmer should prepare higher bed and use plastic mulch to control weed and soil compaction, and invest in the plastic raining protection from pest and heavy rain.