Lao PDR expects an increase of Good Agricultural Practice (GAP) farms to 100,000 in 2020 from a current figure of 300 in 2016. This shows a clear sign of priority given by the Lao government to reach food security within the nation and a will to secure a solid slot in the international market. 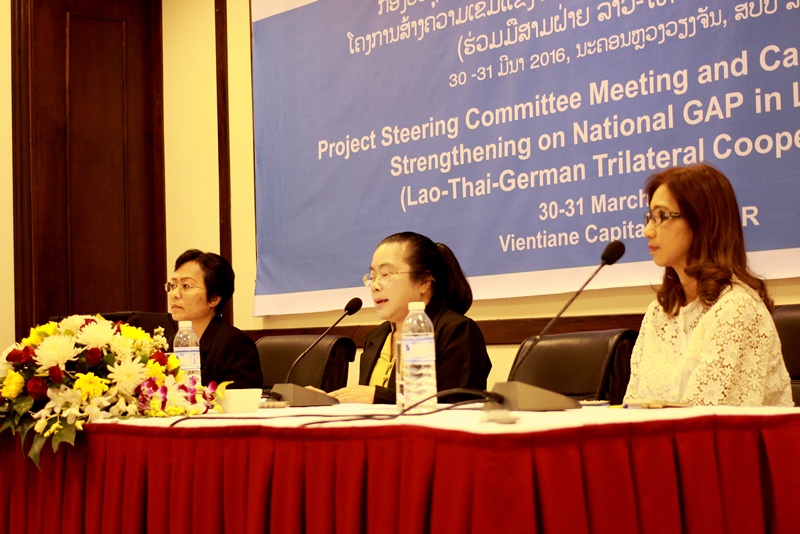 In supporting the country to reach the goal, a “Strengthening National Good Agricultural Practice in Lao PDR (Lao GAP) project” was jointly developed under the framework of Lao-Thai-German Trilateral Cooperation Programme and ASEAN Sustainable Agrifood Systems (ASEAN SAS) to introduce and develop functioning national GAP system in line with ASEAN standard. It was expected that farmers would produce fruits and vegetables to meet the GAP standard according to the domestic and regional demand, and also increase its competitiveness in the regional market.

After almost five years of implementation, the project now came to an end. 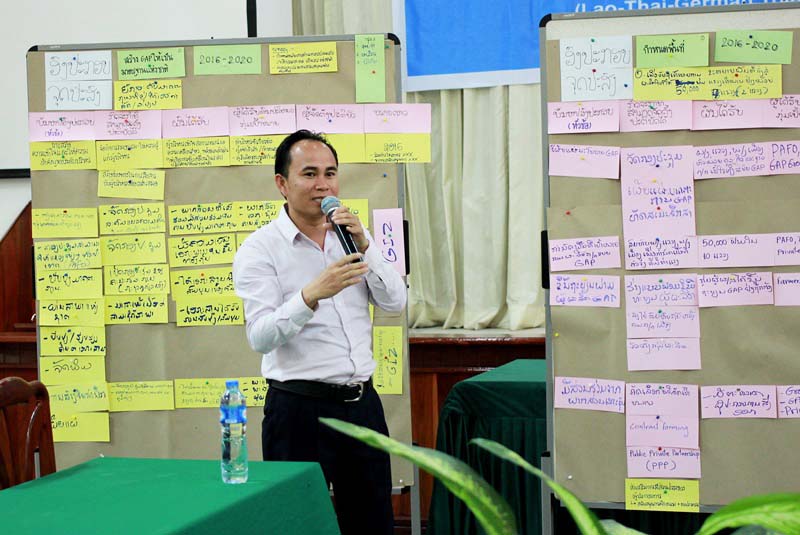 “The Lao-Thai-German Trilateral Cooperation is considered important because its scope of work is in accordance with the Lao PDR’s strategic plan, particularly in relation to the establishment of a Lao GAP Certification Body in preparation for integration with the AEC [ASEAN Economic Community]” said Mrs. Inthanongsith Kommamuang, the Deputy Director General of the Department of Agriculture (DOA) of Lao PDR at the final Project Steering Committee Meeting on 30 March 2016 in Vientiane.

“With the efforts of the Lao Department of Agriculture alone, success might not be achievable,” she said.

[su_note note_color=”#efbe92″ radius=”7″]Thai-German Trilateral Cooperation is a joint partnership programme initiated by Thailand and Germany to support development cooperation with the neighboring countries of Thailand such as Cambodia, Lao and Vietnam. With pooled resources of technical know-how, expertise and finances from such a close cooperation of like-minded partners, it is expected that added value and optimal results as well as effectiveness in aid delivery can be created. The priority areas of cooperation include education/vocational education, rural development including agriculture, micro-finance and SME development and health.[/su_note]

The Lao GAP project was made possible by the Lao DOA, Ministry of Agriculture and Forestry, Thailand International Cooperation Agency (TICA) and GIZ. Under GIZ, ASEAN SAS supported the project in phase II (October 2014 – March 2016). 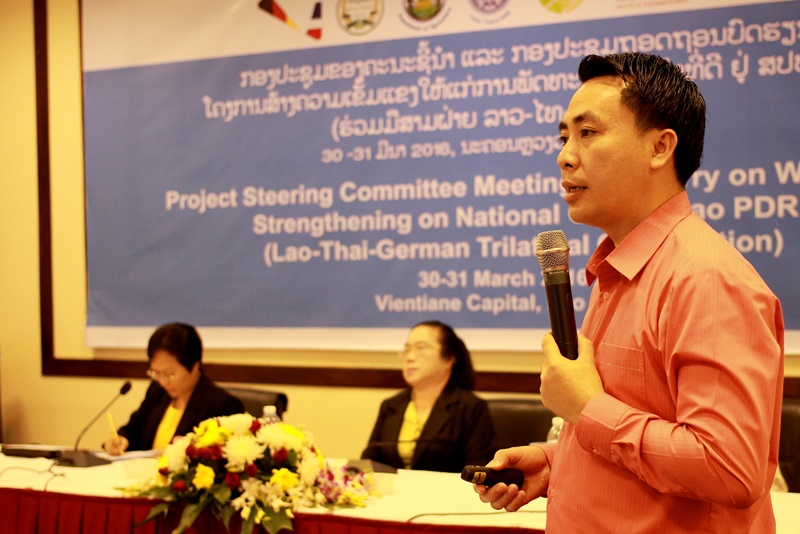 The final meeting discussed a transition of gained knowledge and practices to ensure the sustainability. The discussion included identifying areas of change or improvement for the continuity activity, which further leaded to the development of strategies and proposed activities in the roadmap for a good agriculture practices in Lao PDR.

This roadmap involves the transformation of DOA’s strategy (2015-2025) to concrete action, which will help key players to determine guideline for GAP implementation to increase the number of farmers and areas receiving Lao GAP certification by three per cent, accounting for 100,000 farms by 2020. The draft roadmap, which is primarily set as a mid-term five-year plan (2016-2020), focuses on the following five main activities.

These five aspects will guide the development of concrete activities to further the goal of successful implementation of Lao GAP as aimed by the DOA, which will lead to the sustainable food security in the future, not only in Lao PDR or ASEAN, but also at a world level.  With the tripartite cooperation, the aim of reaching 100,000 GAP farms or even beyond should not be a far-fetched concept. 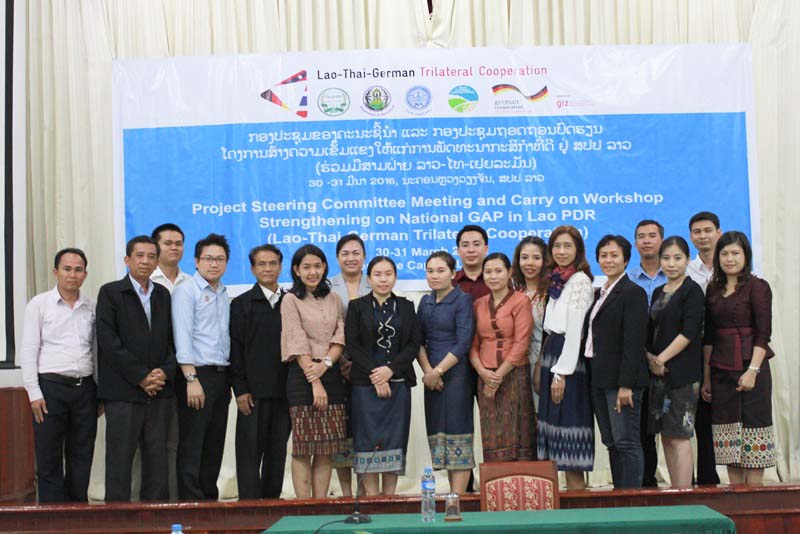