East meets West to expand the green agriculture in Cambodia 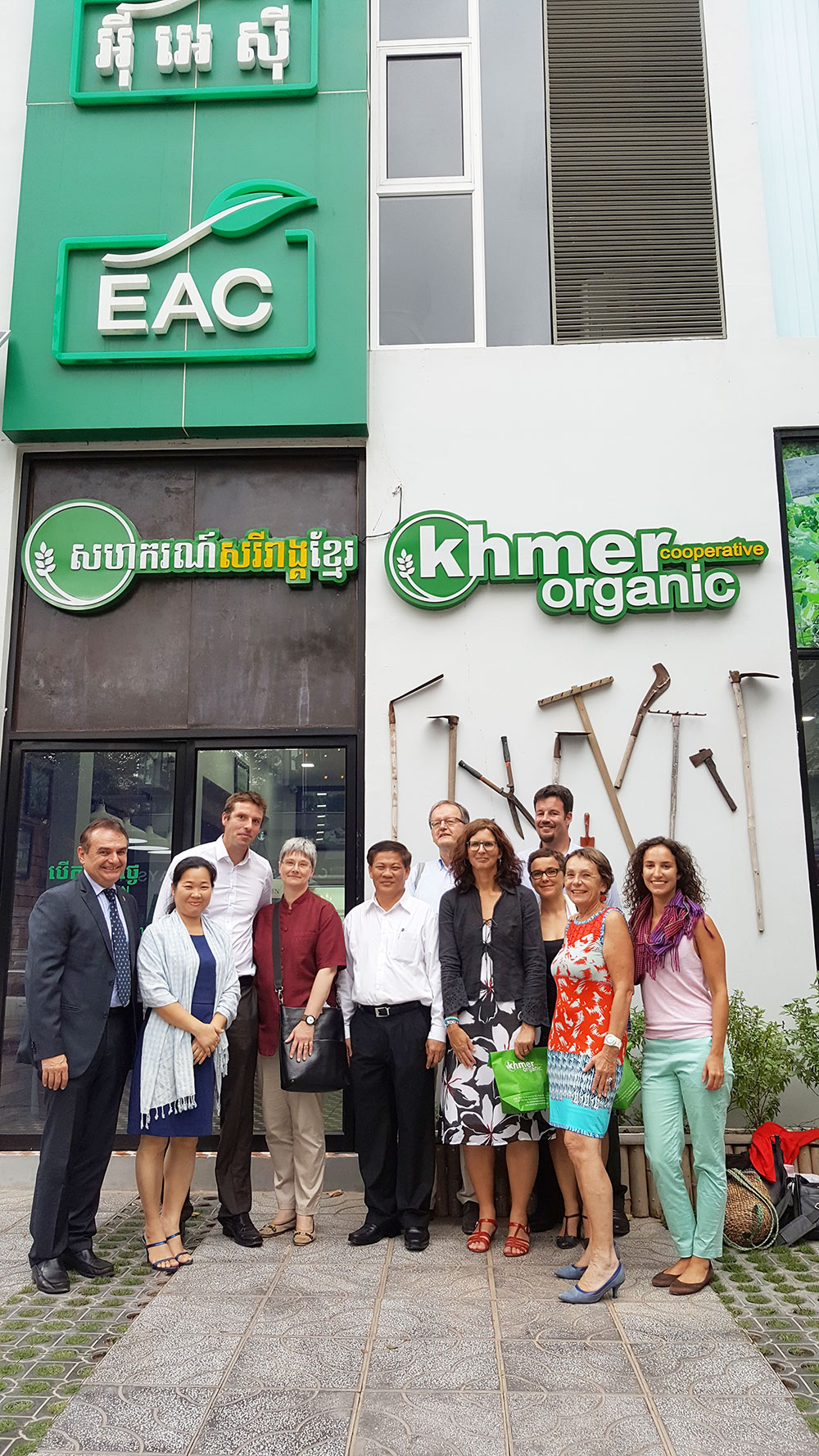 The meeting on 3 October 2016 was to exchange views and experiences on the integrated Public Private Partnership cooperation between ASEAN SAS and the EAC.

The EAC is the agricultural input supplier. It sells seeds, local produced Biocontrol Agents (BCA) and bio-fertilizer and is also preparing to import biological pest control solutions from ASEAN Member States. Opened in March 2016, it is situated at the Eco-Agri Center building which hosts six agricultural companies, three GIZ projects of the Green Sector and the Deutsche Welle (DW) Akademie.

Mr. Claudius Bredehöft, a National Coordinator of ASEAN SAS, described that the Eco-Agri Center in Cambodia was established with an identification of Rumah Bio, an organic company in Indonesia through the ASEAN SAS project as a role business model to link SMEs of an agricultural input sector to markets and to make the BCA as effective and environmentally friendly pest control solutions available and affordable to farmers.

At present, the Khmer Organic Cooperative (KOC) buys agricultural produces from farmer groups who are connected through the EAC.

During the meeting Dr. Ieng Sotheara, founder of the EAC, told the German Delegation how he built up the group of agricultural companies around the EAC starting as a distributor of seed and an owner of agricultural farm and shop. Further, he explained his future plans to expand his organic business into vegetable and fruit trade, commercialization of Cambodian produced BCA, agro-processing and also the establishment of a radio station focusing on culture and education.

The German delegation was very much interested on how the integrated Public Private Partnership transfers experiences, and the technologies and know-hows in ASEAN to benefit to Cambodian companies and farmers and thus supporting bilateral German-Cambodian GIZ projects in the rural area. The delegation congratulated Dr. Ieng for his contribution and commitment to the development of the green agricultural sector in Cambodia.