Better Rice Initiative Asia to train 7,500 farmers in Indonesia by the end of 2017 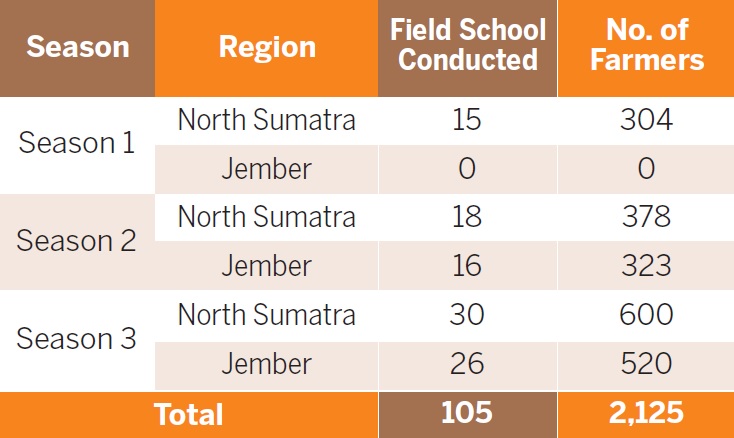 New field facilitators will help reach the target of 7,500 farmers trained and the quality of the knowledge transferred is expected to improve. How field facilitators deliver the knowledge and to what extent farmers can understand and adopt the technology are very critical. Technology adoption by farmers is one of the challenges for all agricultural programs in Indonesia as farmers may have low education. According to interviews with 323 farmers
who joined BRIA Field Schools in Jember, most farmers have elementary or lower education. 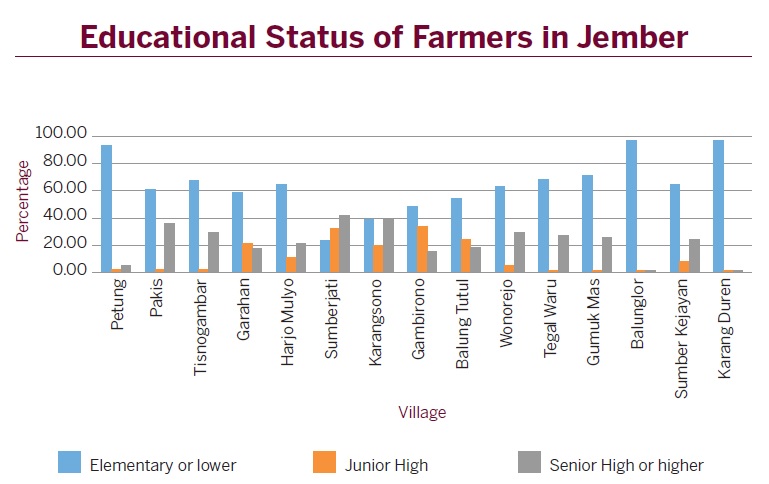 BRIA has to apply creativity to transmit knowledge. A success factor is to deliver the knowledge in a simple and attractive manner to engage farmers’ attention and make them retain key messages. To be effective, BRIA also encourages farmers to actively participate in the discussion to raise their interest in accepting the knowledge. 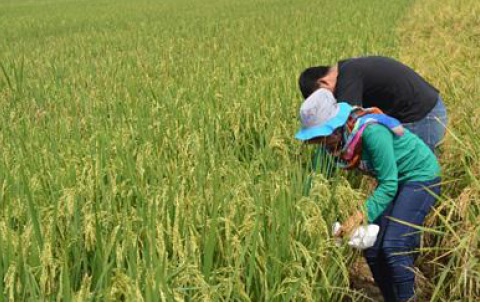 To enable its field facilitators (FF) to conduct the Field School efficiently, BRIA seeks to enhance their capacity continuously. The first FF training in 2016 was conducted in March 2016 in both North Sumatra and East Java to strengthen the skills and knowledge of both existing and new facilitators.

In North Sumatra, the Training of Trainers (ToT) was conducted on 1-3 March 2016 in Serdang Bedagai and in East Java on 15-17 March 2016 in Jember. The training covered such topics delivered in the BRIA Field School as socialization, rice cultivation, harvest, postharvest and cost analysis. They were trained in pest and disease management by GIZ and BASF trainers. The training featured both indoor sessions and field practice. 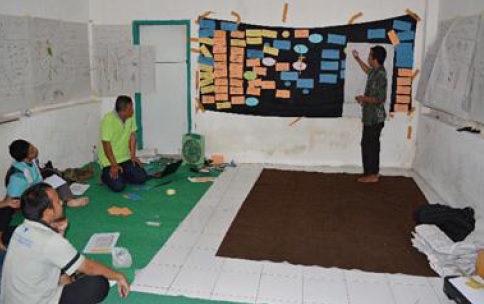 In Indonesia, after training farmers will not implement the new knowledge straight away as they want to see the evidence that the technology will work. BRIA has, therefore, launched a farmer competition to raise farmers’ interest to implement the knowledge gained from the Field School in the same planting season. This is to prevent farmers from forgetting and boost their spirits. This program has started in this planting season at all BRIA project locations in North Sumatra and Jember. At the end of the Field School, BRIA will evaluate the yield and other criteria to determine the winner for each Field School.

Judging criteria for the winner are:

1. Yield (farmer achieving the highest yield gets 100 points, second highest 50 points and third highest 30 points). BRIA considers a sample of five rice panicles from each field, taking into account the size of the land.

3. Technology adoption (maximum 100 points if farmers implemented all 4 technologies, minus 25 points for each technology not implemented)

In implementing the knowledge immediately, farmers can experience the benefits of the technology by themselves and easyly understand and adopt it. Farmers, convinced of the adopted technology, are expected to share the knowledge with other farmers in their communities.