A recent study compiled by ASEAN Sustainable Agrifood Systems (ASEAN SAS) found that organic contract farmers in Cambodia generated almost four times more from farm activities than conventional smallholders – an economically highly substantial finding. For the most part, these results are attributable to the CEDAC (The Cambodian Center for Study and Development in Agriculture) agricultural programme, which through a bundle of hands-on training on organic farming, group certification, and contract farming arrangements aims to tackle rural poverty. 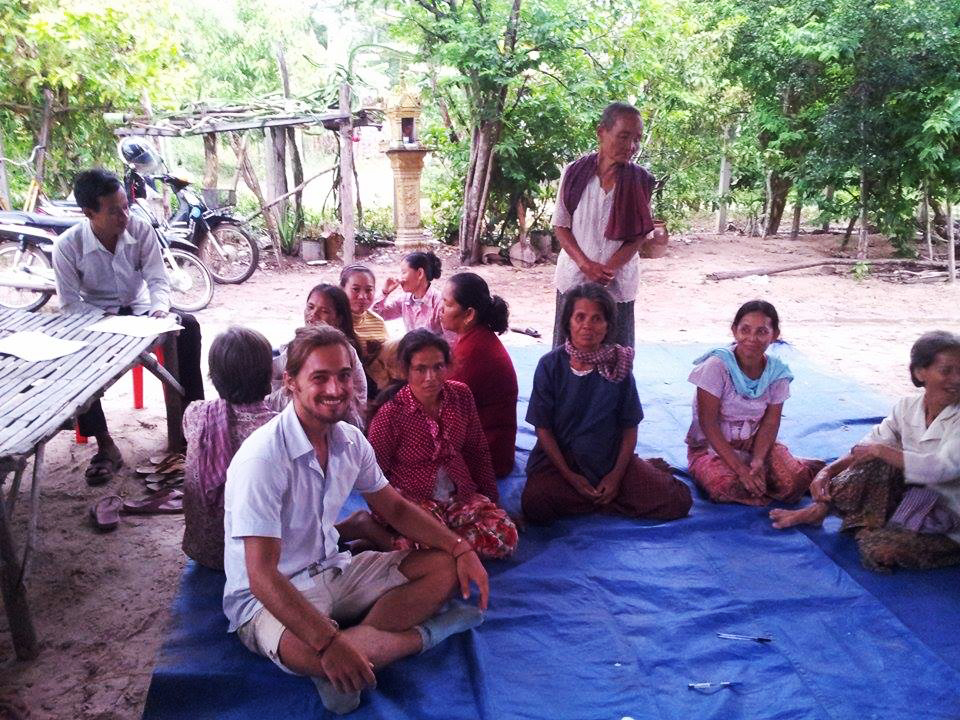 Since additional income is created, organic cultivation offers a highly interesting modality for development whereas the organic label reflects the value added.

In 2015, ASEAN SAS commissioned this research to evaluate how organic contract faming impinges on the livelihoods of small-scale farmers adopting it. Over the course of three months, lead researcher Mr. Benjamin Scholz supported by an interpreter and two CEDAC field staff conducted over 250 face-to-face interviews with rice farmers from 39 villages in Tram Kak district in Takeo province.

On 23 June 2016, the ASEAN SAS team in Cambodia held an event to disseminate the findings at the newly inaugurated Eco-Agri Center, located at the heart of Phnom Penh city.  Among the participants were representatives of CEDAC, the UN Food and Agricultural Organization (FAO), the Japanese Embassy, Oxfam Cambodia, SNV Netherlands Development Organization, the German Foreign Exchange Service (DAAD), Indochina Research, the project’s partner company Entrée Baitang, and other GIZ projects as well as the GIZ Country Director to Cambodia, Mr. Adelbert Eberhardt. 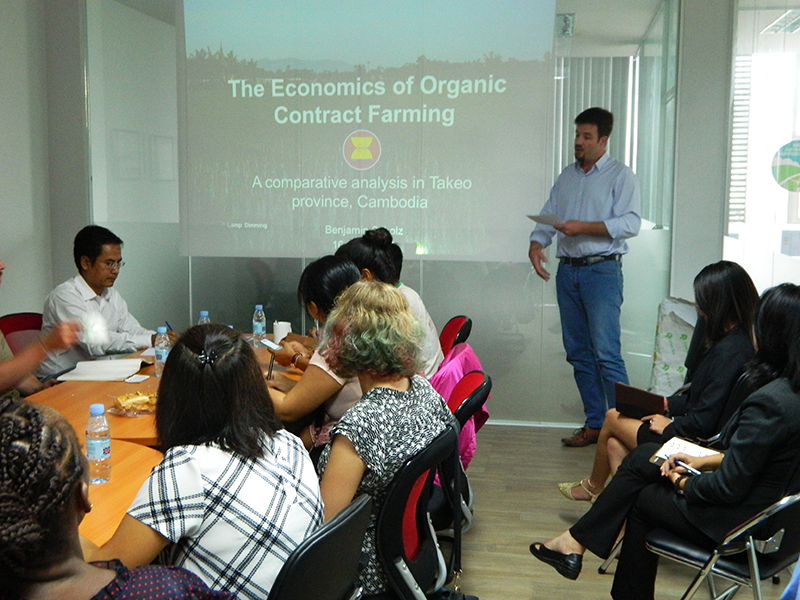 Apart from sharing specific study findings, the event served as a valuable platform to exchange ideas and spread the word about the organic movement in Cambodia. During the presentation of results, some participants were surprised about the stark difference in farm income separating CEDAC farmers and conventional farmers.

But on an alarming note, many among the audience were shocked as to how vulnerable both organic and conventional rice farmers appear to be towards frequently occuring natural disasters, such as drought and flood. The findings revealed that in many cases farmer households lost up to one third of their total produce, reflecting both particularly severe climatic conditions and low capacity to cope.

Irrigation systems are therefore still very much needed to secure harvests in times of recurring water scarcity – regardless of whether one grow with organic techniques or not.

The results of the research study are now available and will soon be publish published by ASEAN SAS.